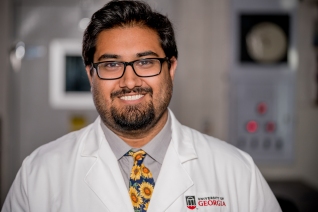 One of the first things people learn about me is that I’m extremely passionate about water, particularly water conservation and global water scarcity. I grew up in the desert southwest United States where water is not only physically scarce, but water use is flaunted in the form of large fountains, private swimming pools, and pristine golf courses.

Unfortunately water scarcity is a very real problem for many in the world, and it’s one that will continue to worsen as time progresses. With an increasing human population placing an increased demand on our water resources and climate change and pollution shifting and contaminating our supply, we need solutions to water scarcity now.

Many of these solutions lie in the realm of agriculture, which accounts for 70% of global water use, which makes sense, water is necessary for plants to grow. It’s for this reason I pusued a PhD in the Department of Plant Biology at the University of Georgia with Dr. John Burke, specifically looking at the genetic mechanisms that underlie a plant’s response to resist water limitation. 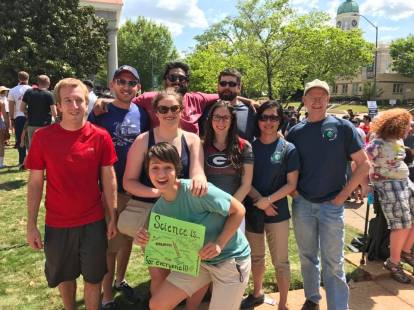 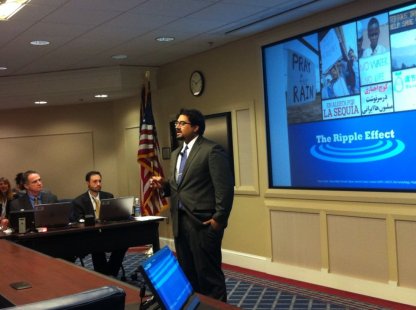 Beyond my time in the lab, I am a passionate science communicator, and an active citizen in the Athens, GA science community . I spend a lot of my free time trying to increase the public understanding of science and technology through numerous outreach and education efforts. In 2013, I co-founded the Athens Science Café with other University of Georgia staff to facilitate a science dialogue between the university and the community. These science café events are free to the public monthly lectures covering a diversity of topics by a diversity of scientists, which encourage attendees to ask questions directly to knowledgeable authorities. Two years later with other graduate students at the University of Georgia, I helped co-founded the Athens Science Observer, a blog community, as a way to train both graduate and undergraduate students on how to communicate their science effectively to public audiences. This organization has since grown to one of the largest science oriented student groups on campus, with writers from almost every science department on campus.

Within this last year (2017), I co-founded UGA Science, Policy, Education, Advocacy and Research (SPEAR) organization with other students to increase student involvement in science policy. I am also working with university, local, and federal science professionals to facilitate networking opportunities and increase community relationships across various science sectors in Athens, GA through an organization I helped start called Science Athens.

Outside of these organizations, I have been elected by my peers three times to the Plant Biology Graduate Student Association, and helped spearhead the inaugural UGA Integrative Research and Ideas Symposium.  In 2016, I became a finalist in the University of Georgia 3-minute thesis competition, and was asked by the graduate school and various departments to help promote the event and train students.

Nationally, I also serve as a graduate student ambassador with the American Society for Plant Biologists, and have served as a science communicator with them for the Plant Biology 2017 conference.

In addition to helping manage and run science organizations I am also an avid fan and creator of science based artwork, or SciArt. I have served as a graphic designer for the Athens March for Science, and was the lead animator for the NSF funded BioTAP 2.0 program. I have also made numerous animations and illustrations for the Athens Science Observer, and the University of Georgia.

For this effort, I have been awarded numerous honors including the Patricia K Cross Future Leaders Award, and was named the 2018 University of Georgia Pillar of the Community.

In addition to research, water, and all things science communication. I also enjoy sour beers, Star Wars, and copious amounts of sarcasm.

Rishi’s CV can be downloaded here.